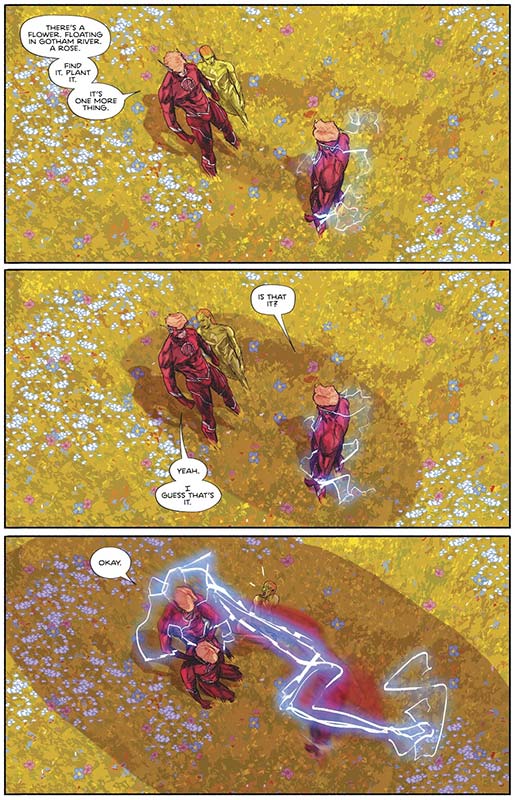 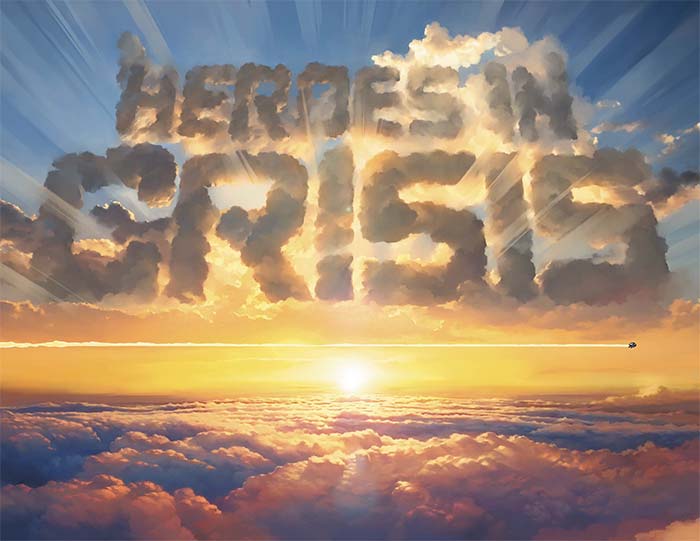 At long last, all / most / almost all of our questions will / could / should be answered into today's Heroes in Crisis #8! 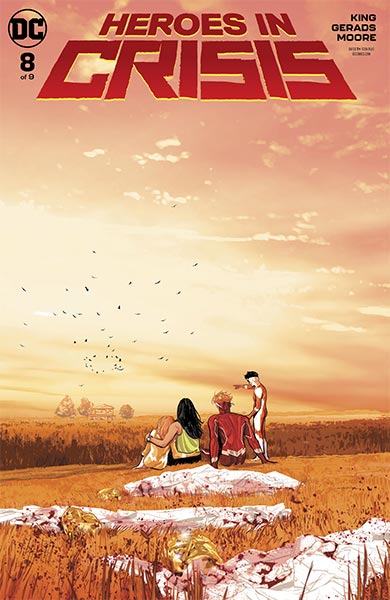 io9.com has the issue preview, which seems to imply that.... No. I won't spoil it.

Buy this issue and make Skeets happy! (*Somebody* needs to be happy.)

Funny how I bought Injustice, despite the kick in the heart of Ted's demise in there, while I couldn't get myself to pay for this trash fire despite him being alive and kicking there.
Maybe if I could micro-buy by the panel, I'd pointedly get only the Blue & Gold bits, haha

Boosterrific [Official Comment] posted on Apr. 26, 2019 at 9:35 PM
I don't blame you at all, I. INJUSTICE was dark, but at least the characters were consistent with established characterization. King's take on Booster, Harley, et al appears to have been created whole cloth. (The best part of HIC is indisputably the art. Comic books have never looked so good yet been so unsatisfying to read. )

Sloan posted on Apr. 28, 2019 at 6:21 AM
This issue was awful. All the tension in Booster and Batman investigating what happend gone when they decided to put Wally in front of a camera like a bad youtuber to explain what happend. The exposition was boring and weak, and the logic was nonsensical.
I get that Wally was the Fastest Man Alive but computers (even Kryptonian) dont go work like that. Not to mention that he "took Booster time travel technology" (didnt he needed a Time Sphere?), in the same continuity where time travel is impossible. 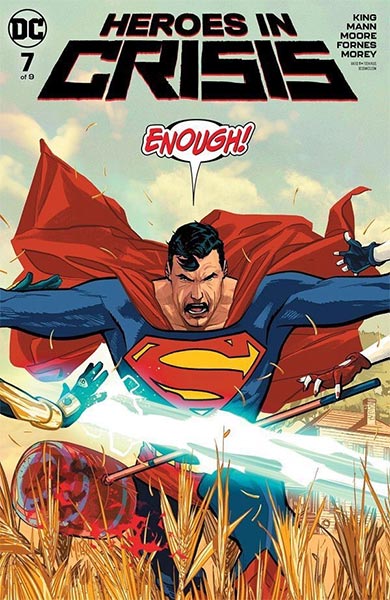 If you look at that Heroes in Crisis house ad I reposted on Monday, you'll see that DC claimed the list of potential murders is limited to

So that was the list I used when I created Monday's poll asking who Booster boosters believe the Sanctuary killer really is.

Given that we already know that Booster Gold and Harley Quinn accuse one another of being "the" murderer, they had to be poll options. Internet rumors have fingered Wally West for months, so I included him. I chose Poison Ivy to round out the poll options because other than Superman and Wonder Woman, neither of whom is likely to have gone kill crazy, Ivy is the only other character in the list who has actually been mentioned in the series so far. I have a hard time believing that even Tom King would resolve his story by revealing a character that wasn't in any of the previous issues.

Given those four options, you chose none of the above.

Last week's poll question: Who is responsible for the deaths at Sanctuary as seen in Heroes in Crisis? (38 votes) 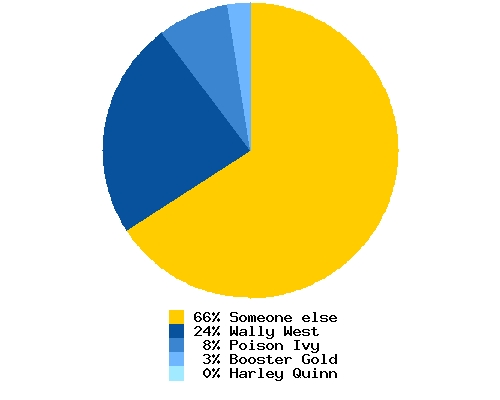 So who are you thinking?

BoosterFett posted on Mar. 15, 2019 at 2:25 PM
I know there is no evidence that supports the possibility that Tom King even cares about our hero, Booster Gold, as shown in "The Gift" and Heroes in Crisis, but maybe it's all a ruse, and he's using this to bring back the Black Beetle as a major threat? He was incredibly important to Young Justice season 2, which I'm sure alot of people, myself included, binged before watching season 3 on DC Universe. I'm probably just pulling at straws, but that's my vote...

Ithildyn posted on Mar. 15, 2019 at 5:08 PM
I have a feeling it will be extremely contrived, incredibly disappointing, or both.

Cort posted on Mar. 15, 2019 at 9:12 PM
I'm thinking A.I. itself or someone tampering with it. My best bet right now? Hunter Zoloman aka Zoom. Williamson and King are friendly and cross over and reference anothers books often. Plus the Flash-War fallout and recent crossover is collected as Heroes In Crisis tie-in. He also can still time travel while other speedsters right now can't, and it'd follow his M.O. plus him being from the future too is a fun contrast for Booster.