Just in Time for Christmas

Last year, DC Collectibles promised us a two-pack of Blue Beetle and Booster Gold action figures. That set was canceled because of lack of demand. I doubt this latest Blue and Gold two-pack will suffer a similar fate. 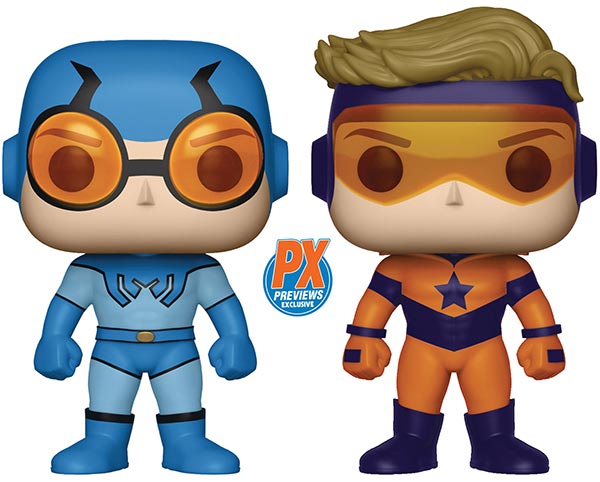 Blue Beetle and Booster Gold stand about 3 1/4" tall and come in a collector friendly window box for display. Recreate the adventures of two of the Justice League International's greatest heroes with these PX Pop! figures!

Just last week, I was having a discussion with Randy, the owner of my Local Comic Shop about the incredible popularity of Funko Pop! figures. I admitted that I don't get the appeal of the "superdeformed" vinyl statuettes that were taking up an entire wall in his store. Randy suggested that I was just old. His argument didn't win me over, but the fact that this Booster Gold Funko Pop! figure has a collar might.

The two-packs will come in two different finishes, standard and metallic. Either version has a suggested retail price of $22.99 and a targeted arrival date of December 20, 2017.

Since these are Previews Exclusives, be sure to tell your Local Comic Shop that you want one (or two) well in advance. I already sent my email to Randy.