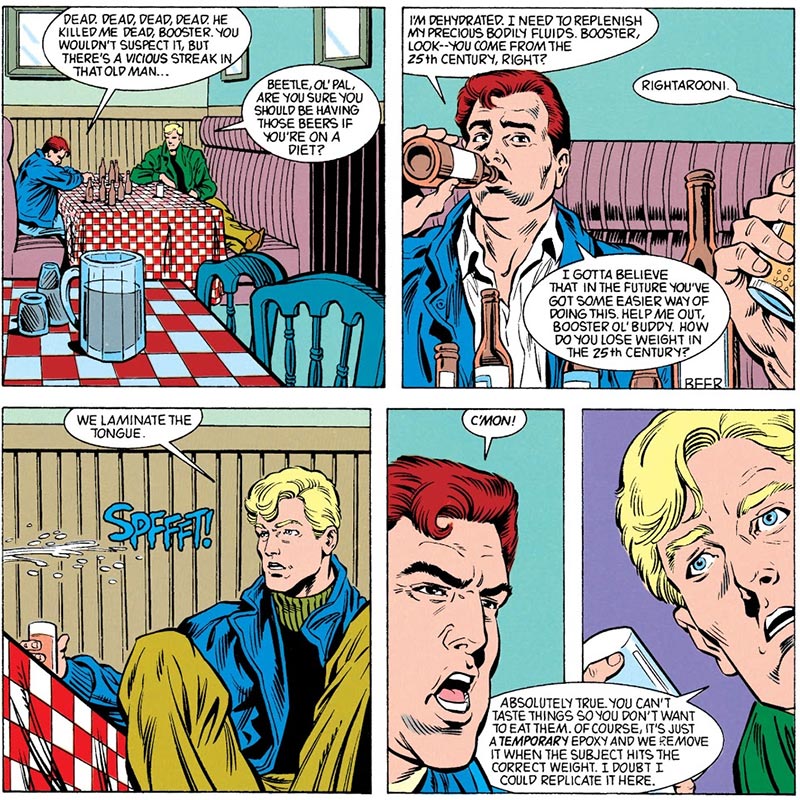 Tom Brady won his 7th Super Bowl yesterday in impressive fashion. At the age of 43, he not only becomes the oldest quarterback to win the big game (passing his own record), but also the quarterback who has won the most of them.

Winning Super Bowls is just one metric by which his greatness will be judged. He also holds records for career games won, Pro Bowl selections, seasons as passing leader, total touchdowns thrown (regular, post-season, and Super Bowls), and game-winning drives. In the history of the NFL, he's the only player to throw 5 touchdowns in a single quarter. (The NFL record for touchdown passes in an entire game stands at 7, achieved only 8 times in 100 years!)

I mention all of this not necessarily to praise Brady, who is inarguably the greatest of all NFL quarterbacks, but as a comparison to where the bar is set for future players aspiring to equal or surpass his greatness. Especially one college football player who will take snaps under center for Gotham University in the year 2462. According to Booster Gold #6, the scouts say he could be the best ever. 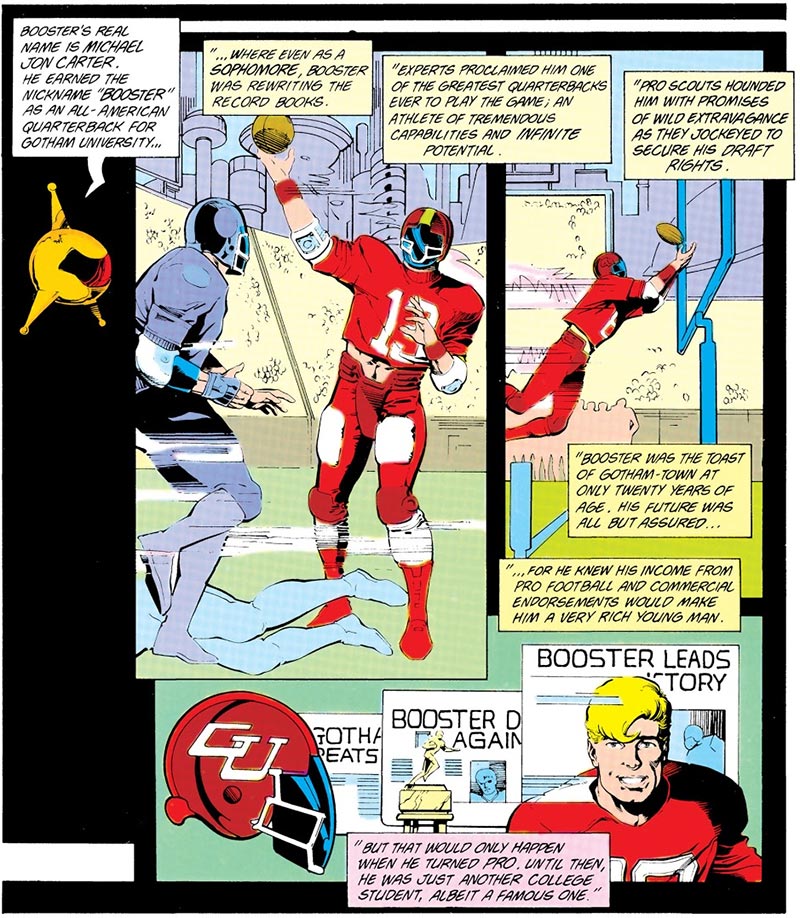 In light of what we've seen Tom Brady do in the 21st century, it's all the more impressive to hear how Michael Jon "Booster" Carter will be praised in the 25th, by which time we can imagine that few, if any, of Brady's records will still be standing. (Four hundred years is a lo-o-ong time. Even Brady will have retired by then.) 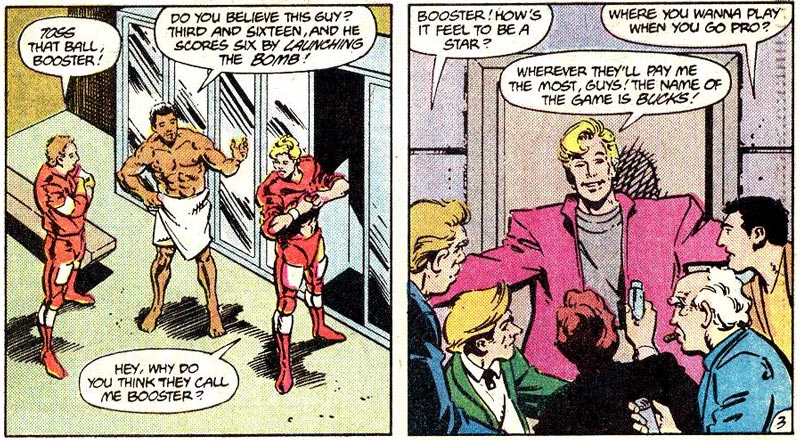 Some Comic Book Guy Went to the Pro Bowl

To reward their fans, the National Football League selected loyal fans from every team and sent them to the Pro Bowl in January. Guess who the lucky fan representing the Minnesota Vikings was?

It's Booster Gold creator Dan Jurgens! While the article about the experience on Vikings.com does include an image of Booster Gold (from he cover of Booster Gold Vol. 2, #21), the writer doesn't seem aware of exactly how significant a role Jurgens has played in the history of DC Comics. Quote:

Jurgens is now currently working on two titles – one Batman and one Superman, whom he says he's had a longstanding affiliation with.

When talking about the career of the man who killed Superman then saved him from oblivion after the New 52 reboot, created Cyborg Superman, and co-created Doomsday, "longstanding affiliation" feels like a bit of an understatement. (And don't even get me started on how important his work on Booster Gold has been!)

CelebrenIthil posted on Feb. 27, 2017 at 5:32 PM
Not all football jocks have geeky best friends to tell them such things, it seems...

Friday the 13th. It's an unlucky day for some, largely owing to the superstition around the number 13. Some high-rise buildings don't have a 13th floor, some cities skip 13th Streets, and few athletes wear the number 13. In comics, there is one notable exception: 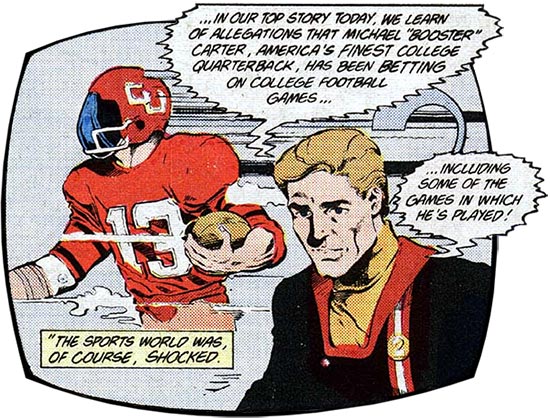 There aren't a lot of quarterbacks in history who have worn 13, and fewer still who could be considered "America's Best." However, back in 1985 when Dan Jurgens was creating Booster Gold, there was one 13 already in the process of shattering most major football passing records. That young quarterback was Dan Marino. Could Marino, who was also dogged by rumors of inappropriate behavior in college (in his case it was recreational drugs, not cheating) have influenced Jurgens' choice of uniform number for "Booster" Carter?

I put the question to Jurgens himself. He said no.

Jurgens: Booster's #13 had nothing to do with Dan Marino. It was totally symbolic of the "unlucky number" aspect. It just felt appropriate.

So there you have it: Michael "Booster" Carter's 13 was Jurgens' way of foreshadowing of Booster's bad luck. (It's probably no coincidence that we first learn that Booster Gold wore number 13 on the 13th page of Booster Gold, Volume 1, #6.) Poor kid.

This has been the first installment in our year-long series:

Grimmy posted on Feb. 13, 2015 at 11:27 AM
Could Booster have some previously unknown association with the Knights Templar?