If you're like me, you've eaten enough food in the past month to survive into 2023 without taking another bite. So it's good to have motivation to get a little exercise tomorrow... by walking to my car and driving to my Local Comic Shop to pick up the newest issue of Human Target, specifically because it has this delicious cover:

Hmm. That image reminds me of something. What could it be? Ah, yes. 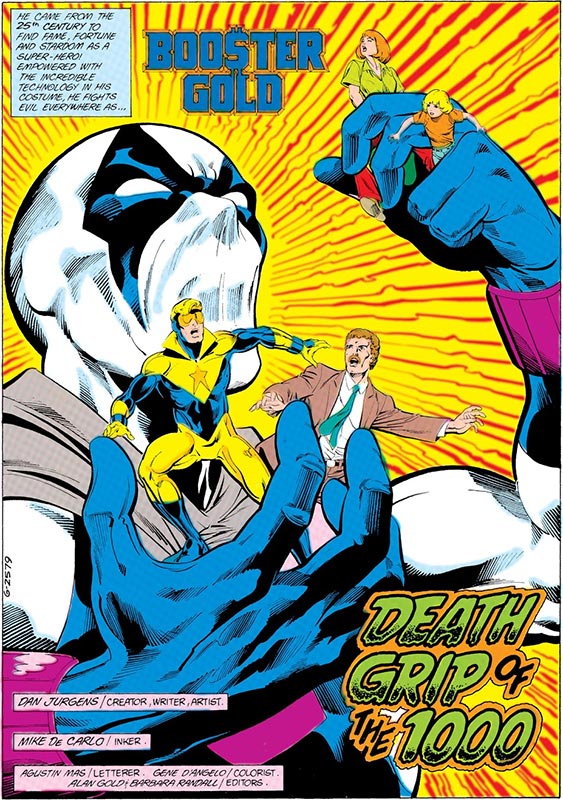 For the record, Dan Jurgens' splash page from Booster Gold Volume 1 #10 was metaphorical. The evil Director was not really a giant holding the employees of Goldstar, Inc.

I assume that Human Target #3 will be something similar. However, even if Human Target #3 is all about Booster Gold eating bagels, I'll still buy it. Maybe I'll buy two. Bagels are good eating.

To see more of what Smallwood's actual interior art will be, check out the 3-page issue preview at AIPTcomics.com. Once you've done that, buy this issue and make Skeets (and your mouth) happy.

Looking for Something to Read

Blue and Gold #4 was originally solicited for October 19, but when issue 3 slid to October 12, it was easy to see that that issue 4 would be significantly off target, too. Expect to see it next week.

In the meantime, may I suggest that you read a book. Maybe the kind without pictures. Perhaps a book like The Death and Life of Superman (1993, ISBN 0-553-09582-X) by Action Comics writer Roger Stern?

Now that's what I call literature!

Readers of Blue and Gold #3 may be unaware that Booster's old secretary, Theresa Collins, has previous history of providing office space to superheroes.

Teen Titans #17 (1998), written and drawn by Dan Jurgens, saw the Teen Titans reforming under the leadership of former Justice Leaguer Atom who had been de-aged to a teenager by Extant in Zero Hour.

To attract attention, the team chose the "hottest hangout in Metropolis" for its new headquarters:

The Stain was a combination nightclub/arcade. In Teen Titans #18, its manager was — you guessed it — Trixie Collins. 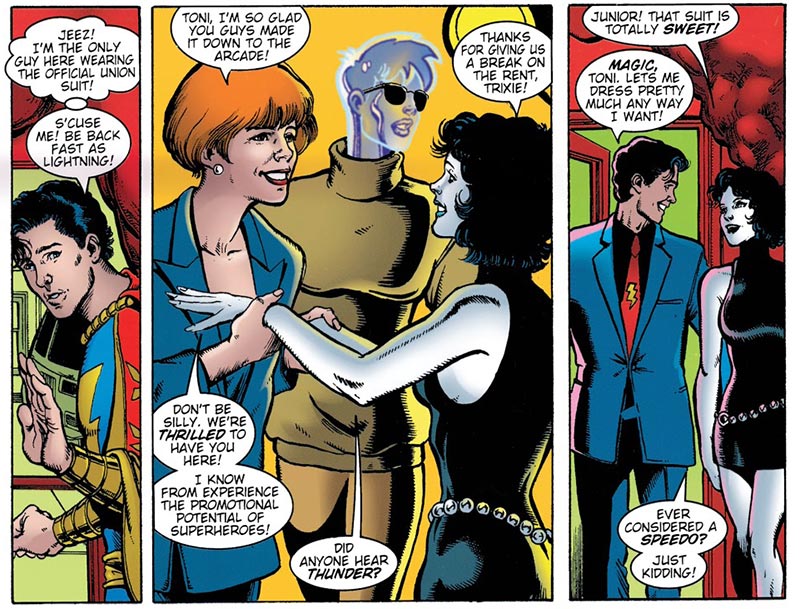 Mercifully, this dysfunctional incarnation of the Titans was canceled eight issues after it started, but the Stain didn't last even that long. It was blown up by longtime team nemesis Deathstroke The Terminator in issue #22. 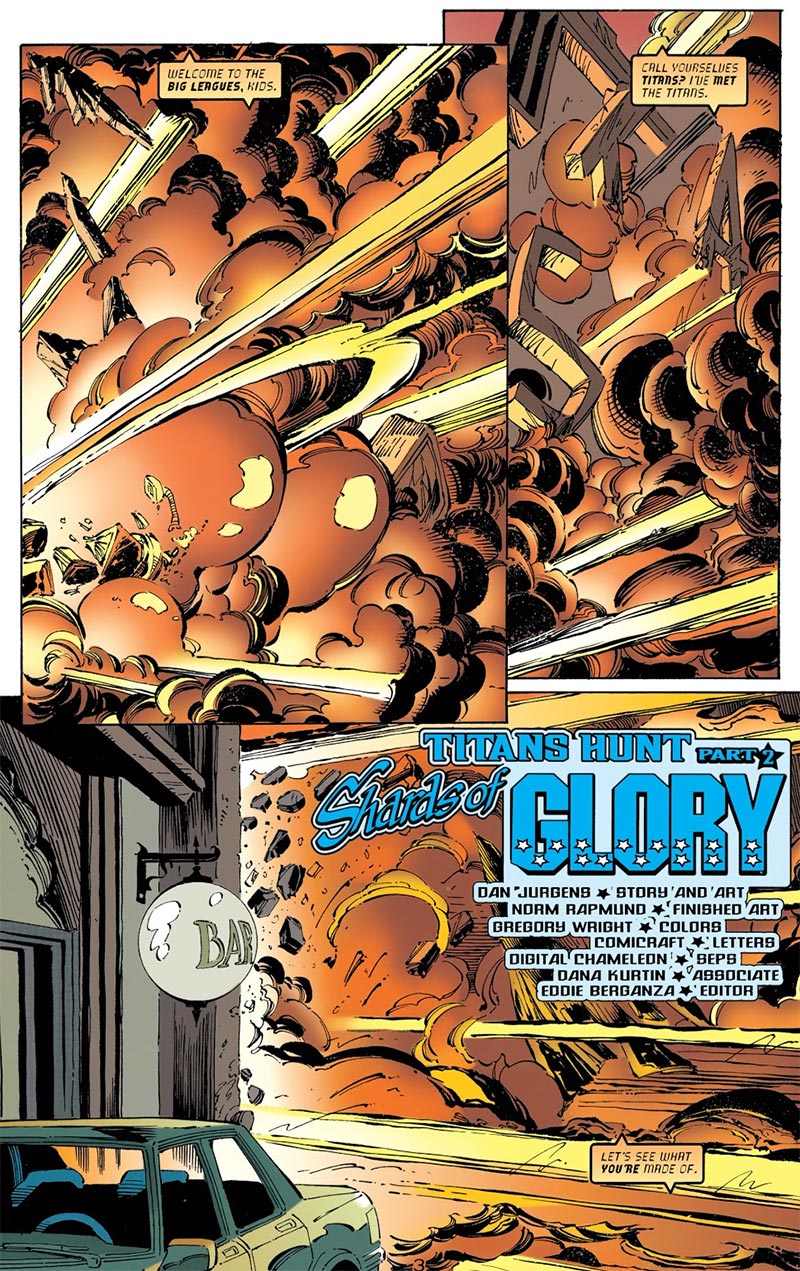 It's been two decades since the Stain was removed. I sure hope Trixie learned her lesson and has supervillain insurance for her new building.

You can read a preview of the first few pages at aiptcomics.com, but we've already seen what we needed to see via Twitter.com: 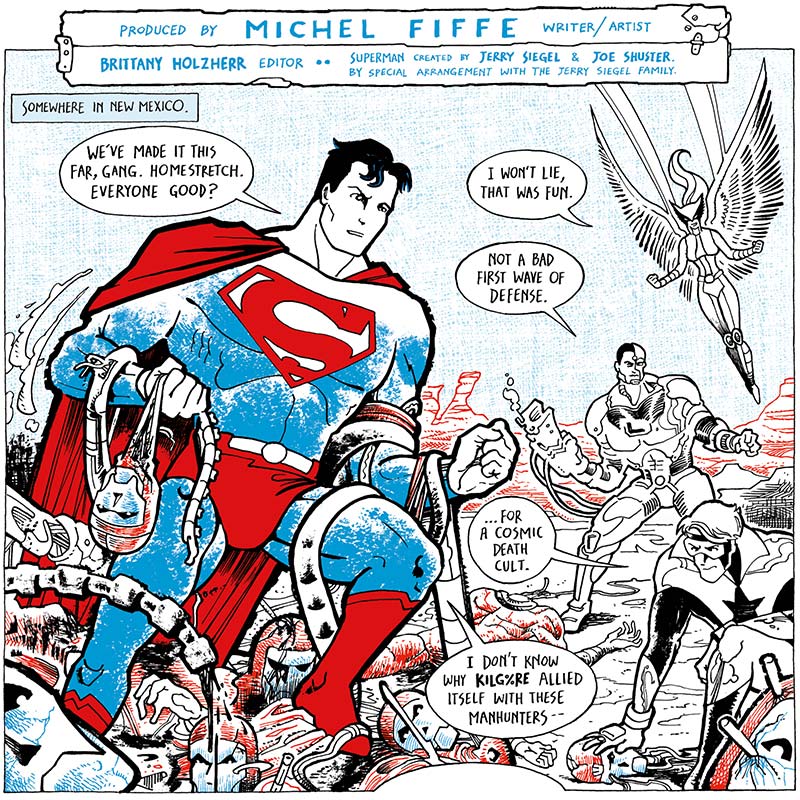 And while you're in your Local Comic Shop, know that Booster reprises his cover-only appearance from Dark Nights: Death Metal: The Last 52: War of the Multiverses on the reprint collection Dark Nights: Death Metal: War of the Multiverses, where he once again appears only on the cover. If nothing else, you've got to give him credit for consistency.