My good friend Michael Foster (a Hal Jordan fanatic) goes to DragonCon every year accompanied by his 2 gallon flask. (Michael is serious about his partying.) This year he was happy return with these pics of Booster Gold cosplayers.

Note that like Michael and his flask, these cosplayers also came in pairs.

Great cosplaying, everyone. Thanks for the pics, Mike. Here's to Dragon Con 2018! 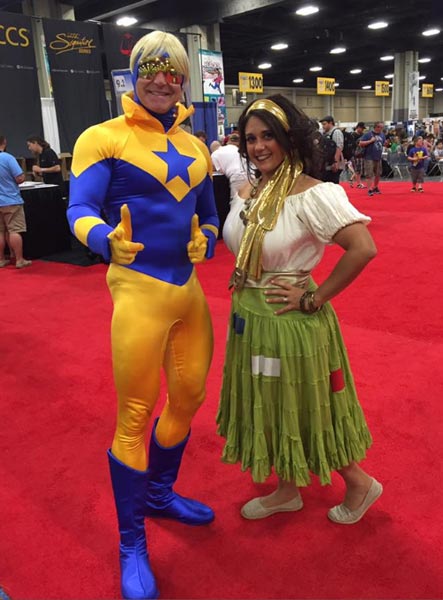 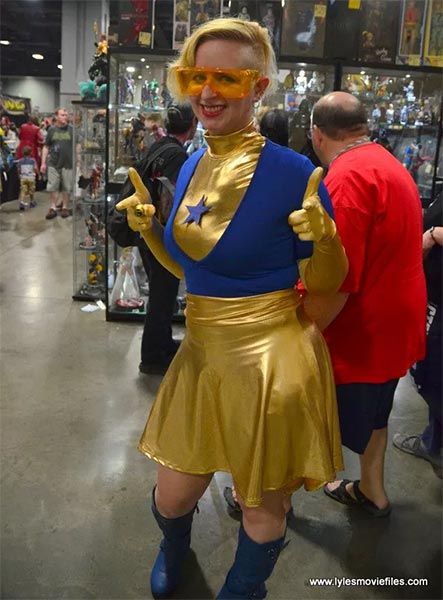 Dan Jurgens was at the Chicago Comic and Entertainment Expo (aka C2E2) earlier this month, and he shared with the world a couple of pictures of the Booster Gold cosplayers he met on Twitter (as @thedanjurgens).

First up is this fine fellow in an unusual, Iron Man-inspired Booster Gold costume. (It reminds me of Booster's ungainly mid-90s suits of armor, but it's still way better than the New 52 costume.) Note his Skeets in Jurens' hands.

Taking a low-tech approach to Booster Gold cosplaying is this young woman. Look closely at what she is wearing on her head:

We don't have many cold nights here in Atlanta, Georgia, but I'd still give my left arm for a Skeets knit hat!

Twenty-seventeen has been a great year for Booster Gold cosplayers so far. Keep up the good work, Booster boosters.

In Brightest Day, In Darkest Knight

Michael Boruff isn't the only Booster Gold cosplayer out this season. Check out this pose from New England's Super Megafest Comic Con two weeks ago: 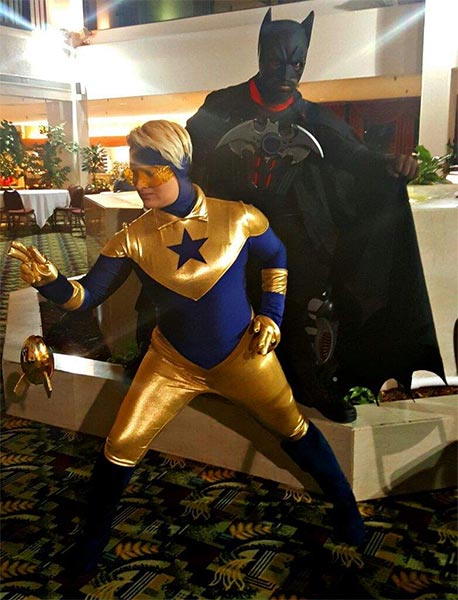 To see more pics of BattleStardoe as Booster Gold and other characters, visit her page at AminoApps.com.

I love to see smiling Booster Gold cosplayers (and their fans!). Thanks, Michael.

You can see many more pics of Boruff in action at Gem City on DeviantArt.com