I hope you're in the mood for some T&A today!

Booster Gold #13 is the only time Gary Martin ever inked a Booster Gold adventure, and the difference between it and what came before is striking. Take page 10 as an example: 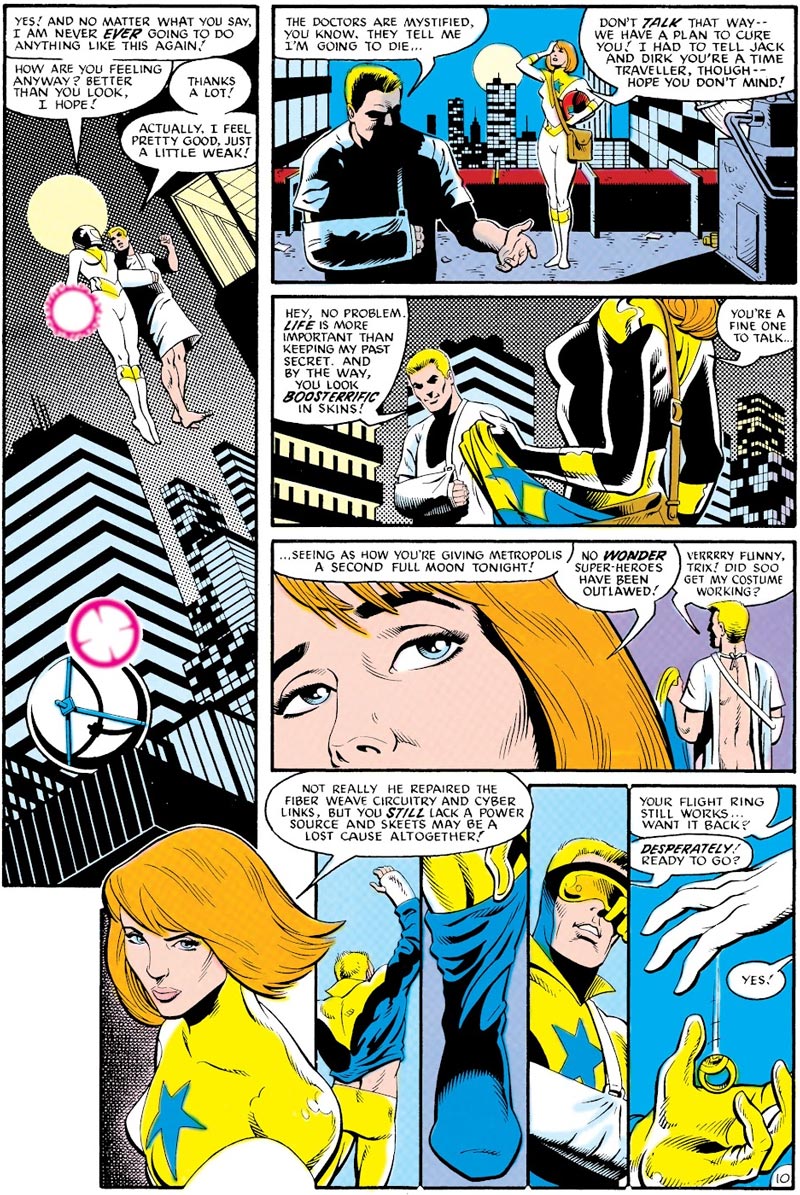 Surgically clean lines, heavy black shadowing, and screentone gradients all contribute to a fittingly moody environment as a weakened Booster Gold struggles back into the super-hero saddle.

Or maybe that mood is just the sexual tension between scantily-clad Trixie and full-moon Booster?

DC waited until Comic Con was over to release their October solicitations. There's not much Booster Gold to be seen except for Booster's previously announced gust-starring Legion of Super-Heroes appearance.

LEGION OF SUPER-HEROES: MILLENNIUM #2
written by BRIAN MICHAEL BENDIS
art by NICOLA SCOTT, JIM CHEUNG, JEFF DEKAL and RYAN SOOK
cover by RYAN SOOK
card stock variant cover by BRYAN HITCH
Get on board for a journey through the future like no other! A gallery of all-star artists join our mysterious guide as they continue their 1,000-year journey toward the 31st century, inspiring Booster Gold to time-travel, debating fighting tactics with O.M.A.C. and making their way to the front door of the Legion of Super-Heroes. The DC event of the future is here now!
On sale 10/2/19; 48 pages; $4.99 (card stock variant cover $5.99)

It's unclear what the alternate cover will be, but Booster doesn't appear on Ryan Sook's solicited cover. (It's a nice cover, about as good as covers without Booster Gold get.)

We already got a good look at some of Nicola Scott's interior art back in June, art that demonstrates Booster will be joined by some old friends. 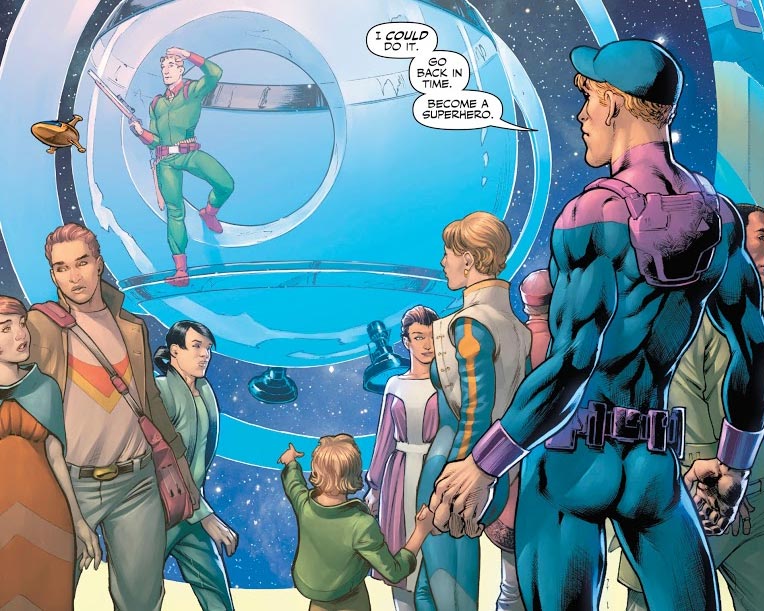 It's certainly something to look forward to.

Cort posted on Jul. 26, 2019 at 7:57 PM
This and the DCeased one shot coming. Ah well, better than nothing. And atleast Booster is being recalled in background images of group shots and promos again. There was a time there he was entirely absent from comics.

I am excited for Scott on art for sure though. Even if just a snippet.

Gladys Is Real to Me

Labor Day is intended to celebrate the labor movement by giving everyone a day off from work. Some of us do a better job of not working than others. Take this example by Booster Gold: 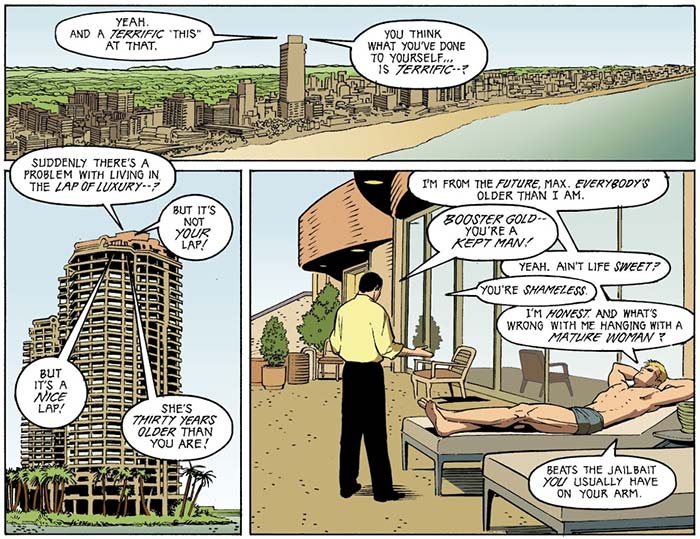 Whatever you're doing to celebrate Labor Day today, work twice as hard at it for me!

The Beefcake Is Not a Lie 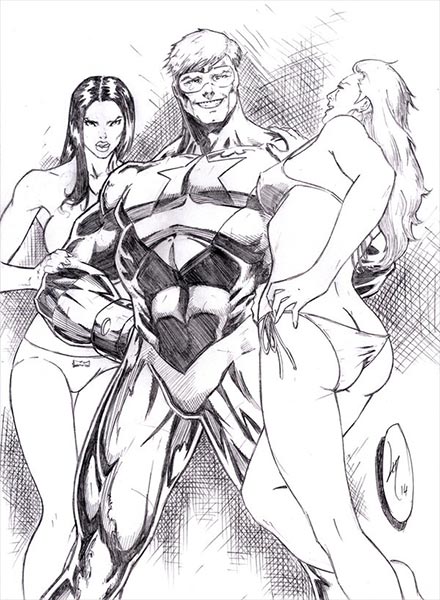