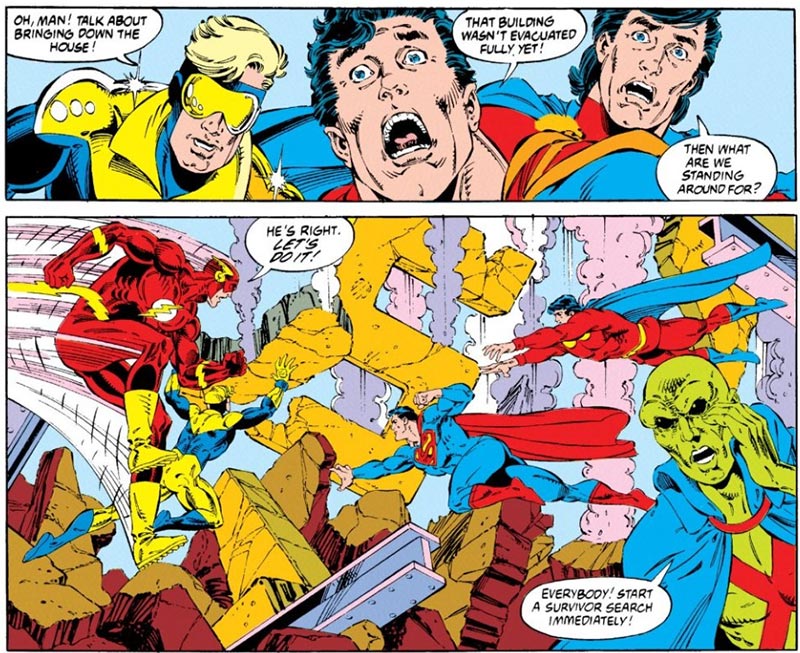 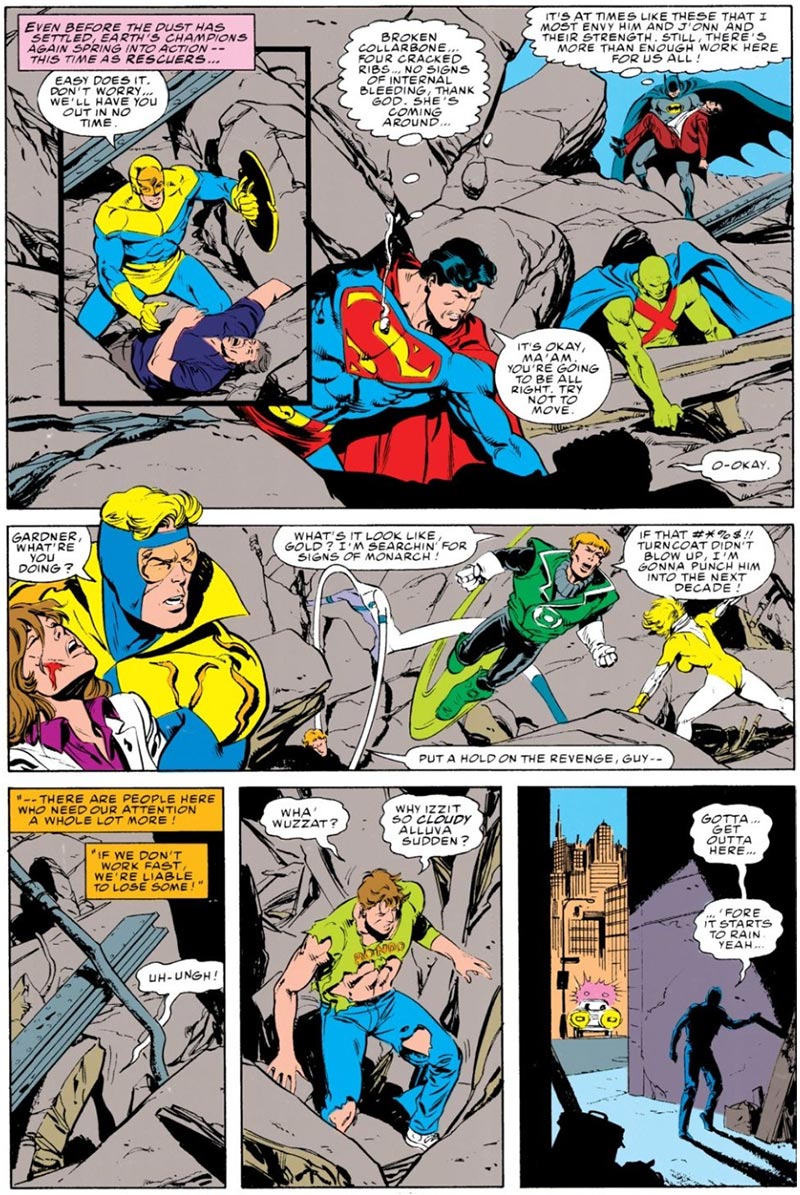 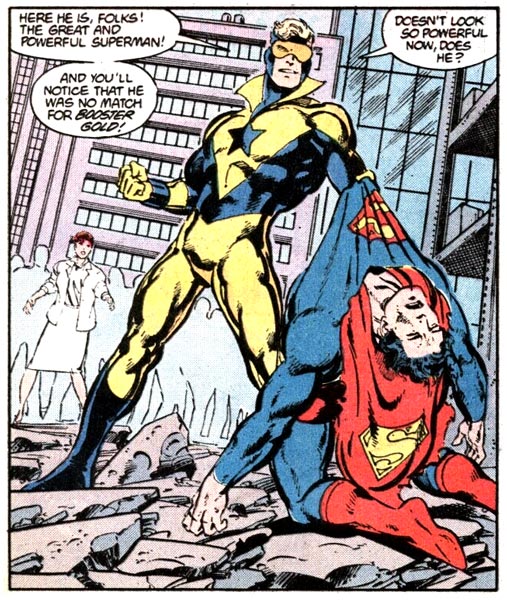 Like my favorite super hero, I'm planning to start the year watching my alma mater play football. In the meantime, I present for your nostalgic enjoyment the 5 most-read Boosterrific.com blog posts of 2020, presented in ascending order of hits:

5. Monday, April 6: This Day in History: Without Great Power
In which we revisited Booster Gold's participation in Justice League Europe #50, his first taste of superheroic action after losing his powersuit to Doomsday. Say what you will about his motivations, but Booster Gold's got guts.

4. Friday, March 13: That Time Booster Gold Defeated a Disease
In which we took at look at the events of Booster Gold Volume 1 #17 in light of the pandemic that was sweeping the globe. Conclusion: an impenetrable force field is better than a vaccine.

3. Monday, October 26: The Strong and Silent Type
In which I improved Superman & Batman Magazine #8 by cutting out most panels that don't include Booster Gold. Sorry, I couldn't do anything about that bulky 1990s power suit.

2. Monday, November 9: Two of a Kind: Shattered and Forged
In which we clear up the confusion surrounding DC's announcements of Generations: Shattered and Generations: Future State comic books. Hint: they're the same book. Or, at least we think they are. We'll be more certain when we finally have the book in our hands next week.

1. Friday, December 18: The Best of Booster Gold: Action Comics 995
In which we conclude our year-long series of the 12 best Booster Gold comics. (Maybe those clickbait comic book listicle sites are onto something.)

December brings us to end of our list of the twelve best Booster Gold comics. We've come full circle. 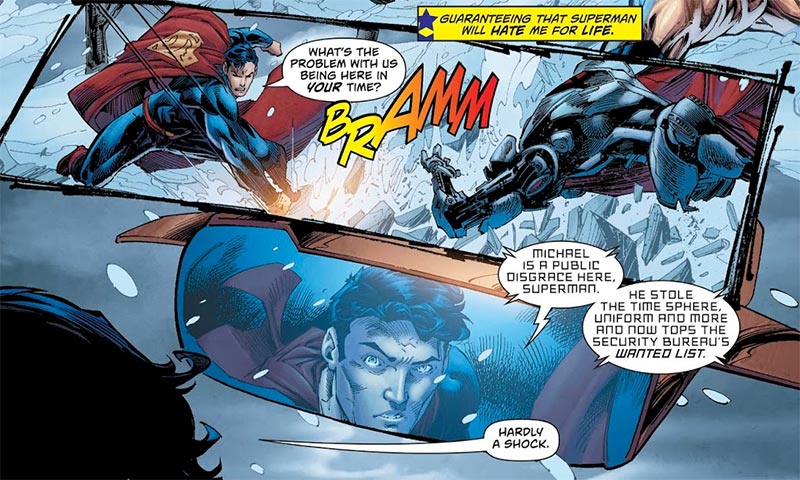 Booster's creator Dan Jurgens took partial inspiration for Booster's origin from the Silver Age adventures of Superman. In this issue, he expands their connection by exploring the difference between the upbringing of the two characters. How much credit do their parents deserve for setting them on their respective heroic journeys? (Hint: a lot.) 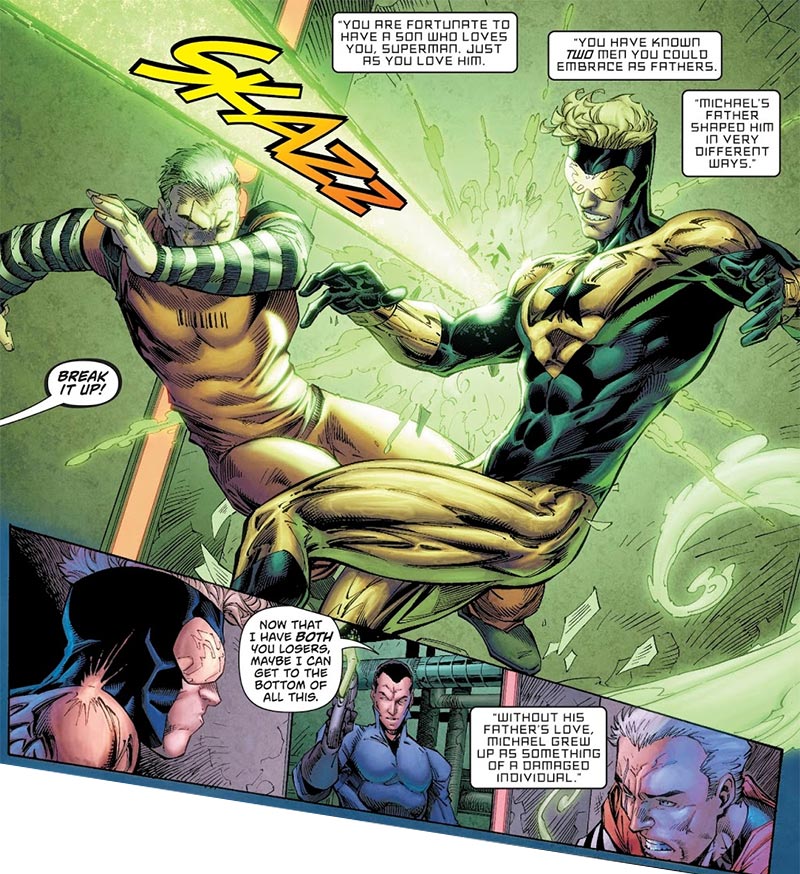 The entire issue is rife with this sort of parallelism.

The story starts with Superman confronted by a Kryptonian policeman, the Eradicator, and it ends with Booster hunted by 25th-century federal agent Broderick (last seen in the excellent Booster Gold #18). Despite the comparable situations, Superman is seen as history's greatest hero while Booster Gold is considered nothing more than a criminal. Perception is reality, even in comic books.

By the way, since we're keeping track of such things, in their first meeting, Superman taught Booster Gold about the responsibility of using his super powers in Booster Gold #7. This time around, it's Booster's turn to explain the rules. I love that.

Perhaps the best thing about this issue is among its least consequential. The first time we visited this story, Booster's mother had died believing her son was a failure. It was long overdue that Ma Carter finally learn her only son would go on to become one of history's greatest heroes.

I think you can see why I include Action Comics #995 on my list of the twelve best Booster Gold comics.

And those twelve are just the tip of the iceberg. There are many, many more great Booster Gold comics to discover, and hopefully many more to come in the years ahead. 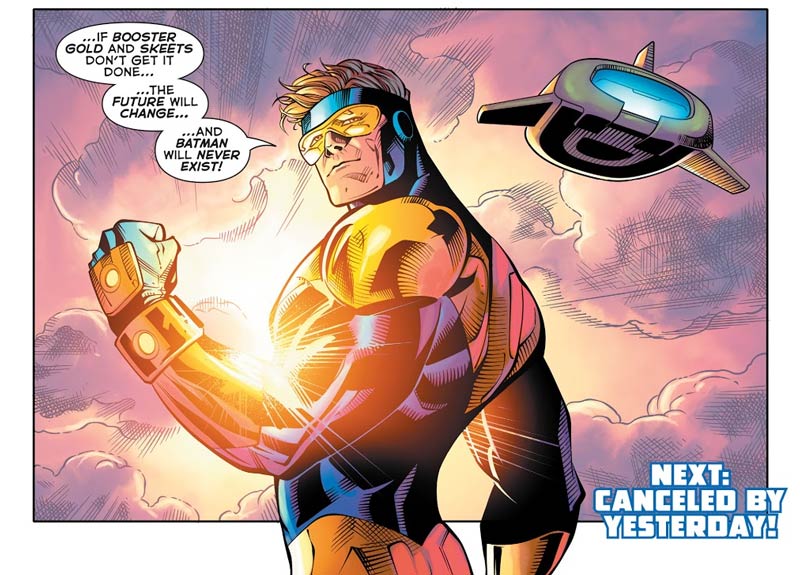