This Day in History: Black and Gold

DC chose not to release any comic featuring Booster Gold appearances this week. I like to think that's because they'd rather you spend some time re-reading classic Booster Gold adventures.

May I suggest Justice League Annual #1, released 34 years ago today? 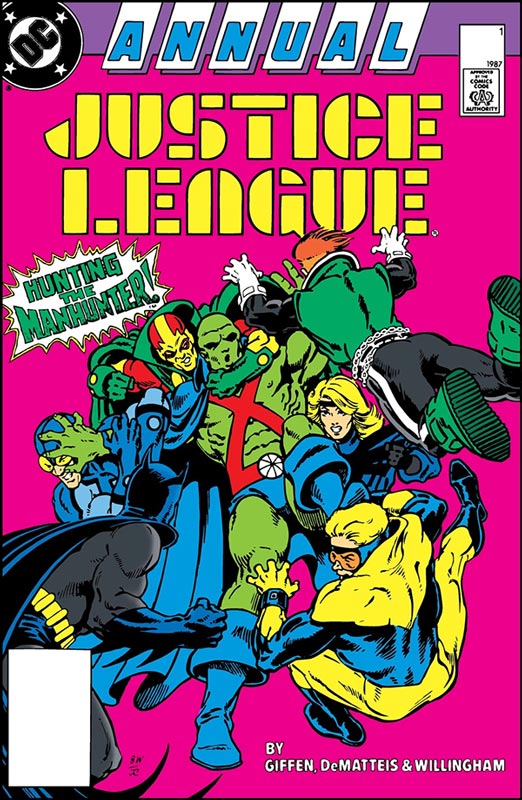 This 48-page issue, essentially a zombie story titled "Germ Warfare," is Booster's first adventure as an accepted member of the Justice League. (And you don't have to take my word for it. The editor's note on page 4 explicitly places the story immediately after Booster's JL audition in Justice League #4 (which also happens to be the single best Booster Gold story ever).

The action unfolds in the traditional Justice League style. To combat a global menace, the team splits in to pairs. Interestingly, Booster Gold's first Justice League partner isn't Blue Beetle but another legacy character with origins in the Golden Age of comics: Black Canary.

With rapport like that, it's no surprise that the "Black and Gold" team didn't outlast Canary's oft-maligned 1980s aerobics instructor-inspired costume.

As might be expected of such a new member, Booster plays a relatively minor role in the issue's resolution. And though it may come as a surprise to modern audiences, neither does Batman. The honors go to the Martian Manhunter, a true hero who will go on to teach many an up-and-comer a thing or two about the relationship between great power and great responsibility. 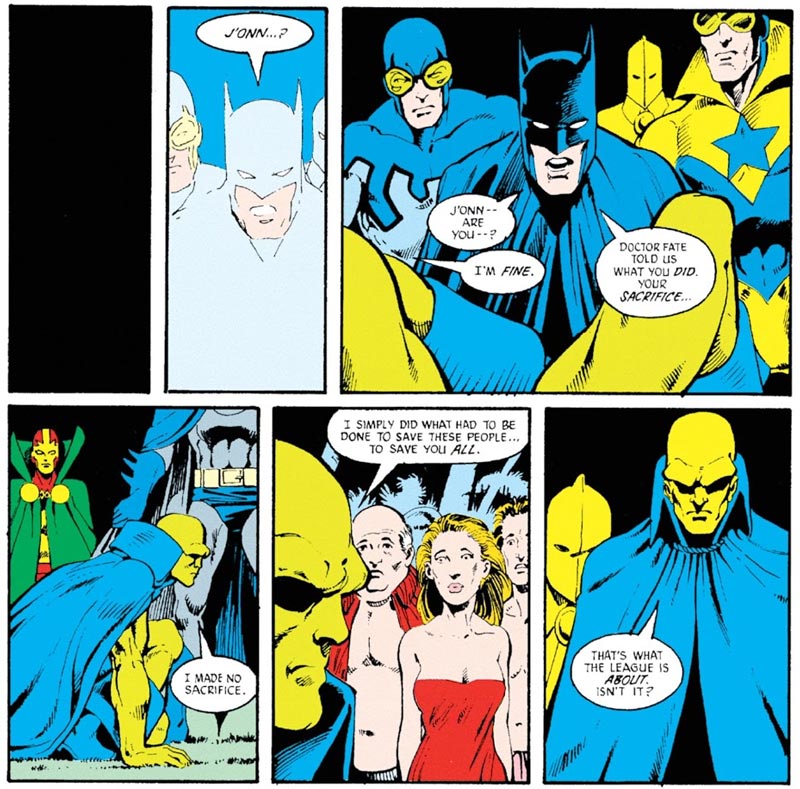 As I said, if you're looking for something to read today, you could do much worse than the first Justice League Annual.