In 1962, a console television sold for around $600, which is the equivalent of $5,000 in 2018 dollars. But even if you could afford such a luxury, you might not have enjoyed what you were seeing.

On this date in 1962, President John Kennedy interrupted your regularly scheduled news broadcast to announce the United States was on the brink of war. 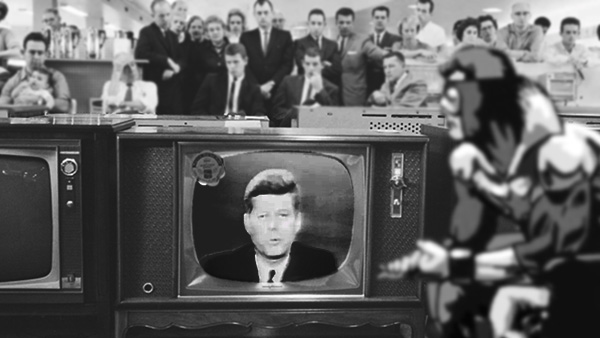 "This Government, as promised, has maintained the closest surveillance of the Soviet military buildup on the island of Cuba. Within the past week, unmistakable evidence has established the fact that a series of offensive missile sites is now in preparation on that imprisoned island. The purpose of these bases can be none other than to provide a nuclear strike capability against the Western Hemisphere."

Things got worse before they got better, and the United States and the Soviet Union avoided nuclear war only by the narrowest of margins. You might think that historians and politicians alike would learn key lessons from such brinksmanship, but recent events — from Russia invading its neighbors to America withdrawing from nuclear limitation treaties — would indicate otherwise.

As the saying goes, those who cannot remember the past are condemned to repeat it.