Almost exactly three months ago, I pointed out that Target.com had a listing for a 12-inch Booster Gold figure and urged everyone to keep their fingers crossed that we would one day have such a fine toy. It doesn't look like that was enough.

The product has disappeared entirely from their online stores. 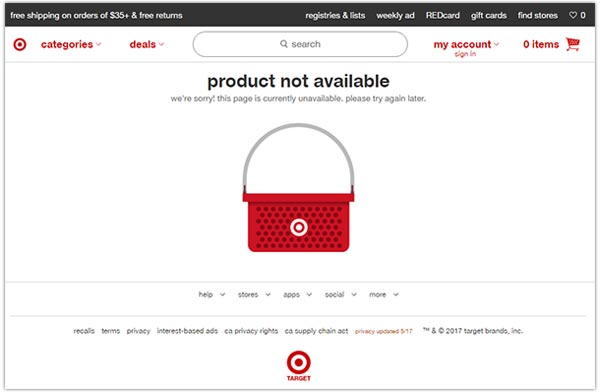 The figure was part of the 12" Justice League Action figures (presumably made by Mattel, which also released the 12-inch Batman Unlimited line in the same style and scale). You can find plenty of JLAction Supermans, Batmans, Flashes, and Jokers on eBay, but there's zero evidence that Booster Gold was released in any quantities anywhere. Neither was a Booster Gold figure was included in the "Justice League Action Mighty Minis" inaugural line released earlier this year.

It's starting to feel like there's some sort of conspiracy against Booster Gold. You'll recall that DC Collectibles quietly cancelled their own announced Booster Gold/Blue Beetle figures earlier this year. And, of course, there's his continued absence from comics.

It's enough to make a fan believe that someone has it out for our hero.